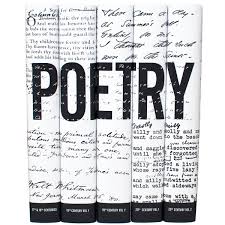 Thomas Hardy was a celebrated writer. Known primarily for his novelized critique of Victorian society in England. His most acclaimed novels were Tess of the d’Urbervilles and Far from the Madding Crowd.  Hardy was also known for his dynamic poetry. His experimentation with style and his ability to manipulate language and stanzas in an unconventional way is powerful. His themes of loss and disappointment reverberate throughout his poems. His poems relating to the Boer War and World War One are amongst my favorites. I present to you one of my favorites.

The Man He Killed

“Had he and I but met
By some old ancient inn,
We should have sat us down to wet
Right many a nipperkin!

“But ranged as infantry,
And staring face to face,
I shot at him as he at me,
And killed him in his place.

“I shot him dead because —
Because he was my foe,
Just so: my foe of course he was;
That’s clear enough; although

“He thought he’d ‘list, perhaps,
Off-hand like — just as I —
Was out of work — had sold his traps —
No other reason why.

“Yes; quaint and curious war is!
You shoot a fellow down
You’d treat if met where any bar is,
Or help to half-a-crown.”

Seeing the way the narrator interprets his enemy causes the reader to truly examine the humanity of both men involved. Hardy forces you to see that these are just two men who happen to be from different places. Others have declared them enemies, not the soldiers themselves. It delivers it’s point quickly and concisely without belaboring the point. If you need more of Thomas Hardy’s work you can find some examples here.

Cody Jemes is the co-host of the Bored Shenanigans podcast available via iTunes and Stitcher. See more of his articles here. Also enjoy his poetry by downloading his latest e-book here. Be sure to follow Bored Shenanigans on Twitter or Facebook.