Brewer has talked about him in the past and now the day were we eat his soup has come.

What really makes Carl Sagan special, other than his Giant Brain, is his ability to make complex science easy to understand for someone without training in the field but, without simplifying down to the point it loses its wonder. His outlook on the Cosmos was of pure admiration and joy at the simple fact it was there and that he could exist to see it. The poetics of his words showed that.

“We are the local embodiment of a Cosmos grown to selfawareness… starstuff pondering the stars; organized assemblages of ten billion billion billion atoms considering the evolution of atoms… Our loyalties are to the species and the planet. We speak for Earth.”

AND NOW LOOK AT THIS 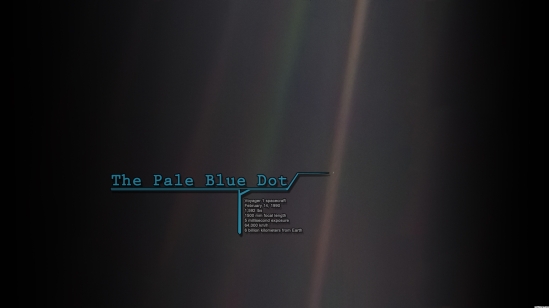 You are Here “a mote of dust suspended in a sunbeam”

AND THIS VIDEO of what he said

For a more light hearted video here is Carl Sagan autotuned by Symphony of Science which is brought up in a later episode (Oh No! now I feel Like Justin)